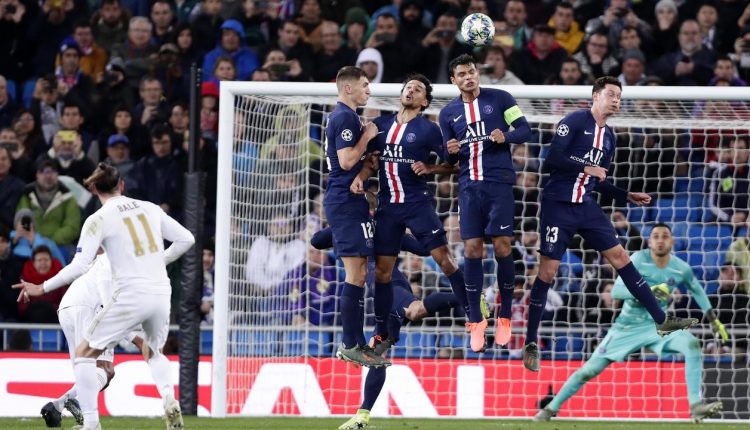 The English Premier League (EPL) is the most spectacular, status-oriented, and competitive league of all the world’s national championships. The success of the league lies in its unpredictability and record-high concentration of stars per square foot of the soccer field.

The start of the 2021/2022 season was hot. We already know the main favorites for the league title and the biggest disappointment of the season. The website Scores24 provides reviews of the APL, as well as the most accurate predictions for the matches of the best national championship in the world. At the moment five rounds have been played in the Premier League. Let us discuss what the results of the last game week can tell us.

Leeds was predicted to join the battle for European cups in their second year in the APL. Last season, Marcelo Bielsa’s troops were getting used to the English top tournament, which did not prevent them from climbing up to the ninth place. Newcastle’s current top option is a struggle for survival.

Nevertheless, Leeds United still fails to get their first win of the season. The draw with Newcastle is their third out of five games. At the moment, Bielsa’s troops are hovering above the relegation zone headed by the Magpies. The prediction is that Leeds will improve their position closer to November, as the team is clearly superior to their neighbors in the standings.

It is official – Wolverhampton can be called the most unlucky team at the start of the APL season. In the first three rounds, the Wolves looked better in games against Leicester City, Tottenham, and Manchester United. Nevertheless, the Wanderers lost all those meetings with a score of 0-1 entrenching themselves in the bottom half of the standings.

The 5th round saw a new tragedy. The Wolves were outplayed, outpassed, and defeated in other key parameters by Brentford. Once again they lost without scoring a point – 0-1. Like Leeds, sooner or later the Wolves will need to move closer to the top half of the table, but first, they need to solve their conversion rate problems.

The Canaries continue to be the only APL team that has not yet earned a single point this season. Moreover, the current state of affairs is fully consistent with the game of Norwich. Obviously, this team will become a point donor for all other teams in the current Premier League draw.

Watford, on the other hand, looks like a gang that will not even try to beat the giants, saving their energy for the games with the opponents equal in class. Their only objective is to retain their place in the APL for the next season.

Mikel Arteta’s team is rising from the ashes after a disappointing start of the season. The relegation zone is behind now, but the Canaries are not in the European Cup zone yet. That’s the conclusion one might draw from Arsenal’s triumphs over Burnley and Norwich the week before. An APL Grand should beat such teams half-heartedly, but Arteta’s troops did it with maximum effort. Obviously, Arsenal will suffer this season.

Burnley, on the other hand, will struggle for survival, as they did a few seasons before

In the current APL season, looking at the game of the reigning champion, there is no clear feeling that the City is able to take out any opponent in the first half. Having failed to sign a center-forward in the summer transfer window, Manchester City is already starting to regret it a lot. Currently, the main rivals in the fight for the title are three points behind. The prediction for the Citizens states that they will lose the championship title at the end of the season.

Southampton remains without victories in the new APL season, but four consecutive draws have enabled the Saints to take the firm position outside the relegation zone. That’s where the team will try to stay by the end of the season.

Klopp’s gang is determined to regain the league title in 2021/2022. The only question is how strong the battle with Manchester United and, above all, Chelsea will be. Liverpool easily manages the matches against clubs from the second half of the tournament table. But the home game against Chelsea showed that the Merseysiders will have problems with the giants. The next rounds will either confirm or disprove that.

The fate of Crystal Palace depends on how ready their new coach, legendary Patrick Vieira, is to perform at the highest football standard.

Chelsea is currently the most obvious contender for the championship. Tuchel has assembled a very balanced squad that leaves no chance even to equal opponents. On Matchday 5, Tottenham was crushed. Earlier, the Londoners could have won over Liverpool at Anfield had it not been for Reece James’ sending-off in the first half.

Chelsea is just the kind of team that goes the distance with confidence, regardless of the opponent’s class.

Tottenham, obviously, will have a rough season. The Spurs already outplayed the City but fell apart against Chelsea. Obviously, new coach Nuno and the team need to get acclimated.

The meeting between these teams again showed that the MU would depend on Cristiano Ronaldo in the new season. Manchester United still has problems with the defense despite signing Varane. Also, the team will have to undergo a slight transformation due to the arrival of many new players, such as Ronaldo and Varan, as well as Sancho. However, the start of the season showed that luck favored MU in the Premier League. Let’s see what will happen when the first grand team stands in the way of Manchester.

West Ham nearly made it to the Champions League last season. In this drawing, Moyes’ team clearly did not become weaker. We should expect them to reach at least the top 6.

Everton’s great start was overshadowed by an away defeat at Birmingham. Nevertheless, it was obvious that Benitez’s new team would not do without failures in the first joint season. Everton, at the very least, will battle with West Ham for higher positions at the end of the season.

Aston Villa is capable of trying to make it to the European competition, despite the departure of the most important player in the summer – Jack Grealish (Man City).

the confrontation between Chelsea and the City will be central in the sixth round of the Premier League.

What Are The Features Of Joker123?

Give Some Interest To The Top 5 Positive aspects Which Are…

Strategy and tips for beginners in online sports betting

Give Some Interest To The Top 5 Positive aspects Which…